Salubrious: adjective meaning good for you, healthful, clean healthy air, favorable to the mind or body. 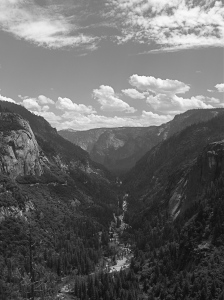 Stuck in traffic, twenty minutes outside the Yosemite gates. Jon and I were playing one of those repetitive memory games where the first player says, “The Minister’s cat is an atrocious cat,” and the next repeats the phrase adding a new adjective beginning with the subsequent letter of the alphabet: “The minister’s cat is an atrocious, bilious cat.” And so on. Our cat was by and large a vile thing, with twenty-six primarily negative adjectives. Credit goes to Jon for the best, most positive, descriptor of the lot – salubrious, a word fashioned in 1547 from the Latin, salubris, of the same meaning.  And a fitting adjective for the backpacking trip on which we were about to embark. Extra points if you can figure out which other word in this post has the same root.

Ask anyone who’s been to Yosemite in the summer and they’ll tell you how lovely it is, but also that it’s crowded. Though I live in Brooklyn where all summer long the parks are packed with families and friends, barbequing and concert-going, I couldn’t understand the concept of an enormous national park overflowing with people. That is, until we got to the Valley, where we only lingered long enough to see Yosemite Falls: 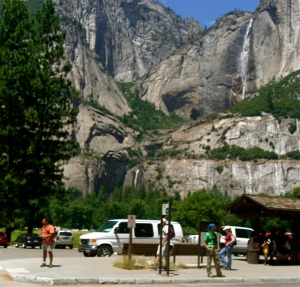 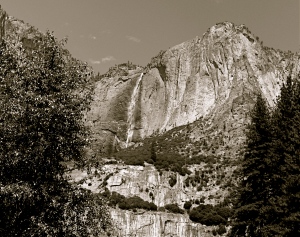 take a dip in the Merced River:

But venture out of the Valley, and it’s easy to find solace. Jon and I took the Porcupine Creek trail off Tioga Road, one I’d recommend to any eager, but out-of-practice backpacker, like myself. A fairly flat 5.2 mile hike through the conifers to North Dome; we encountered three campsites, and maybe ten hikers. The perfect campsite awaited us half-a-mile from our target and we pitched the tent in a spot overlooking the Valley and Half Dome. 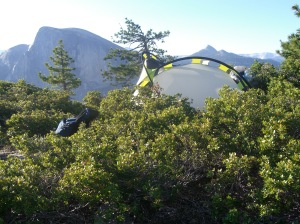 When it was dark, the small white rocks on the ground looked like sand. There’s something about perching on a ridge between the firmament and the loam of the valley below that makes you feel very small. Earlier, we’d watched a video about Yosemite that referred to the giant boulders throughout the park as pebbles dropped in the glacier’s wake. And a lot of those rocks are much larger than me. Gazing down into the Valley, the terrain read like an infinite history book, on whose immense pages I was but a tiny pencil mark. Across the gulf, we noticed the glow of a flashlight. For a few minutes we made a game of flickering incoherent signal patterns with campers across the way. When I was in Italy, my friend Tavi had friends visit Siena from Barcelona. They didn’t speak English or Italian, but somehow with a little wine and a gorgeous piazza, we managed to communicate. This was the same sort of magic – we were sharing something inexpressible with distant strangers that we will likely never meet, transmitting nothing more than the confirmation that we exist, and that we recognize that they exist too.

By the time the sun rose, our tent was starting to exhibit signs of sauna-ism, and so we promptly packed up our gear, chomped some chocolate covered espresso beans and granola bars for energy and departed for the second leg of our hike, which would take us back to the car.

There are two important things I’ve neglected to tell you:

1.)    From the trailhead to North Dome, you actually descend in elevation. And though the trail out is not entirely downhill, and the trek back isn’t entirely uphill, there was about a 700 feet elevation ascent from the campsite to the car.

The hike back would have been delightful, except for the mosquitoes, which I will henceforth refer to as the black cloud of agony. They covered our arms like sleeves. To stop walking meant self-sacrifice. The steepest part of the entire 9-mile trip was made worse by these horrible little creatures. We encountered some hikers, who sprayed us with their DEET, but the worst of the black cloud of agony was over.

Luckily a refreshing dip in the pristine waters of Tenaya Lake offered some salubrious relief:

More words from Lake Tahoe, BC, Oregon and Washington State in the next few weeks. 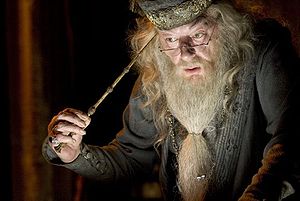 Ok, this blog is nerdy enough already to handle a picture of this most perspicacious fellow, featured in a recently released film I'm just dying to see. Make fun of me all you want.

Here’s a confession: my vocabulary? Contemptible. My memory for new terms? Even worse. Sometimes I task myself with reciting all the words I’ve blogged along with their definitions, the way one might study for a elementary school vocab quiz. While I can usually remember the meanings, I can’t always recall the terms themselves, which is a little ridiculous, I know, considering I’m the one writing about them. For example, this morning I tried to summon my last entry and got as far as pulvera-wha? before settling on the word perspicacious, which though delightful, isn’t even in the vicinity. I thought I’d potentially created this new word myself – turns out, perspicacious has been a player on the language scene since the 1500’s. It comes to us from the excellent Latin root perspicax – sounds like a noise some kind of crazy bird might make – am I right? But, it’s also possibly a derivative of the latin root perspicere, the origin of a word we all know and use: perspective.

Still, how did this word end up in my personal lexicon? It’s not like I have a perspicacious relationship with the dictionary, though I hope I will someday. And while a quick search of Google Books got me knee-deep in titles that include today’s term in their text, finding out who used which words when is still a hit-or-miss adventure. As much as I’d like to believe I’ve started conjuring new vocabulary out of thin air, it’s more likely that I saw in it in a book or while perusing the Internet. Which only proves what our teachers told us when we were small – the best way to improve your vocabulary is to read, and yes, reading online counts. Did you know your vocabulary probably includes about 60,000 words you use actively and 70,000 words you understand, but don’t really use? Though I’m not sure if there’s a specific term for words we know, but don’t understand, it is amazing how much we absorb when we read.

A couple weeks ago, Philip Corbett, the deputy news editor for the New York Times, and the guy who maintains their style manual, published an entry on his “After Deadline” blog about vocabulary usage in the NY Times. It’s a fascinating article that you might enjoy if you’ve read this far (actually, all of his entries are fun for language geeks). Here are two choice quotes from the article that jumped out at me:

“Our choice of words should be thoughtful and precise, and we should never talk down to readers. But how often should even a Times reader come across a word like hagiography or antediluvian or peripatetic, especially before breakfast?”

“And remember, I’m not trying to ban these or any challenging words. Some uses may be perfectly justified. But we should keep in mind why we’re writing and who’s reading, and under what circumstances. And we should avoid the temptation to display our erudition at the reader’s expense.”

As a reader, I want texts to be accessible because who wants to slog through a parade of fancy terms? But, unlike Corbett says, I read the Times online and I have a frequently-used dictionary on my cellphone, which I’m willing to admit may not be the way others read the paper. I get what he’s saying of course – it’s absolutely important to consider your audience and not show off at the expense of clarity. But, considering the Times’ has one of the more high-brow and educated audiences around, why should they change the way they employ terminology just because they have data to tell them how many people look up those words? I look up words because I’m intrigued, because I want to know and sometimes they just slip into my brain like the word perspicacious — that’s how I grow my vocabulary.

So, gentle readers, if you’re still with me — how often do you look up words?